21st Century Homes is delighted to announce our Albury-Wodonga builders have been awarded 2010 Display Home of the Year at the HIA North East Regional Housing Awards.

The awards evening, which was held last Friday at Albury’s Country Comfort Hovell Tree Inn, was attended by around 150 people from a multitude of building companies, covering an area stretching from Shepparton to Mildura to Albury-Wodonga to Omeo.

On the night, 21st Century Homes was successful in the ‘Display Home up to $300,000‘ category and, later in the evening, received the top gong for Display Home of the Year for 2010.

In accepting the award, 21st Century Homes Managing Director, Ashley Fulford, said the win was a real credit to his team.

“We’ve been through a huge overhaul in the past twelve months, stepping out from under the umbrella of a franchise group,” Ashley said.

“A massive amount of work has gone into rebranding and relaunching our company, so this award is a real feather in our cap.”

“To have the quality of our workmanship recognised by an independent industry body is just fantastic for us.” 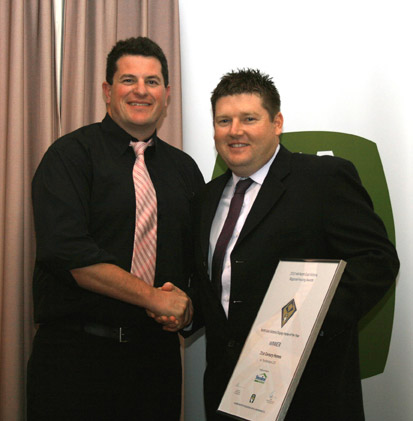 Inspired? Contact usGive our friendly team a call or drop into our office.Contact Us